Bring together a series of 12 images (a typology) in which a particular motif appears again and again. You may use found images (e.g. from your personal archive)  or images found online. Select an appropriate way to display your series.

I decided to begin first with online images as I haven’t previously ‘curated’ any with this type of purpose in mind.  I actually found this much harder than I thought for a variety of reasons. It was hard to think of a particular motif at first and then I became enchanted by image searches to the extent that it was hard to stop. Then, for some reason, women tilting their heads to one side came into my mind as when looking through my archives I noticed I had a tendency to do this in adolescence. Some quick online research brought up articles around the tilted head being a sign of passivity and deference. Having scrolled through several pages Google images didn’t actually produce that many which must be a triumph for feminism. Two further searches were conducted on ‘People cramming themselves into telephone boxes” and “Photographs of people taking photographs” (Joachim Schmid being in mind for that one.)

None of these produced very much and I also ran into classification problems in terms of aspect, should I mix colour with b+w, what about day time and night photographs as well.

I decided that I was following too much of a scattergun approach and needed to focus more, otherwise I would become obsessed with internet searches.  So far the Flickr site had been less productive than Google or Yahoo image searches but I returned to it to have another look. Remembering Schmid again I reminded myself that he first did the collecting and then the classification so it would be more sensible to find a collection and see if I could find 12 similar motifs within. This took me to a Collection of weekly Flickr Friday Challenges  a group that currently has  33,457 members (as at 19th August 2016), being formed in 28th November 2012 and has produced 25,150 photographs (as at 19th August 2016). Last week’s theme was ThreeOfAKind and I decided to take the first 100 (that were displayed on 13th August) and then sort them into classifications. I quickly ran into problems with the categories, e.g. three roses could count as flowers as well. Mushrooms and toadstools are a similar kind of species so should they be termed fungi. What about b+w – should they be a category of their own and/or by subject. 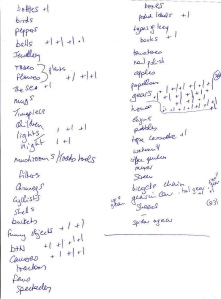 What quickly became clear was that there seemed to be a lot of gears, although I did have a quandary over a bicycle chain – decided not to include that. There was also visual pun with ‘going up a gear (girl in car in b+w) gear in a car, tool gear, football gear. Of the first 100 there were 24 images of gears, although I have to say that in some it wasn’t clear that there were three gears in each image. I also wondered whether the idea of photographing gears had caught on somehow – have to admit that I did get fascinated by the gears and it started me thinking about gears of the world, how everything has to work together and why is the number three so important. I chose 12 all of them different and although I had several attempts to layer them in some way I couldn’t think of a satisfactory/different way of presenting them. 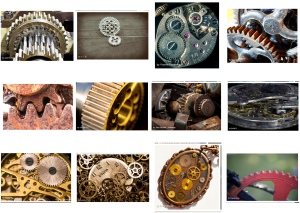 I’d certainly been reminded about the importance of having an aim in searching for images, plus the difficulties involved in categories/classifications as well as feeling uncomfortable about ‘appropriating’ these images for my own purposes. With appropriations, copyright and permission in mind I went to Flickr Commons 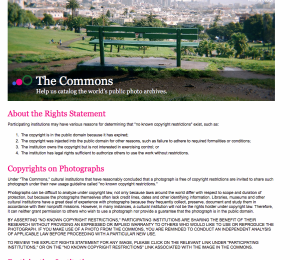 and, wondering what I might find, I put “Sheffield’ in the search box.  There was a wonderful serendipity about this because one of the collections that came up was as collection of lantern slides from a series titled Psychic Photography From A New Angle found in the collections of the Tyne & Wear Archives & Museums and posted on Flickr Commons on 4th July 2014.

These slides were apparently designed to accompany a lecture by a Mr C. P. MacCarthy of 15 Wilkinson Street, Sheffield and were produced under test conditions in 1934, in front of an invited committee at 76, Clarkehouse Road, Sheffield. There were thousands of viewings of the whole album but only two comments – on this one

pointing out that this was a reproduction of a paper negative taken by W. Fox Talbot at Lacock Abbey in August 1835.

Here is a contact sheet of 12 of the 16 images with a scan (?) of Mr MacCarthy’s letter (no addressee) regarding the Committee, date and venue and the reasons for his demonstration. 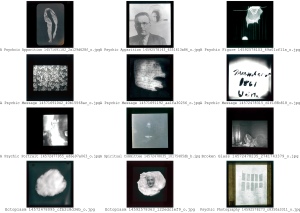 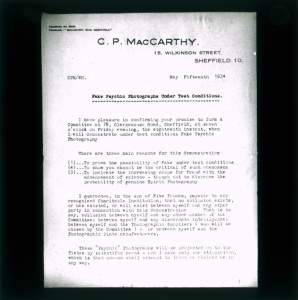 Mr MacCarthy’s stated reasons for the demonstration seemed muddled to me. Could it be that he is very interested in, and maybe believes that ‘psychic’ photography can, under certain conditions, actually show emanations and ectoplasm etc but wants to warn other believers not to be taken in by fraudsters? Would he be speaking to an interested group, cynics, researchers? I searched on Google maps and found the place which is not too far from Sheffield University. 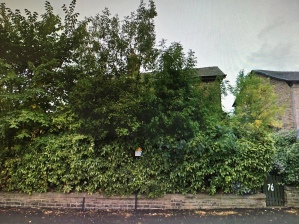 Shrouded with shrubs and so looking entirely suitable for such a meeting even after more than seventy years or so. I know the area and began to imagine what might have happened if, say, my Nan and Grandfather  had gone along with some friends of hers (my mother would have been to young). Catching the bus to the City Centre then a tram where they would dismount and walk up the hill, past St Augustine’s Church (where my parents would subsequently be married and I christened), then the Botanical Gardens, before crossing the road to the house.  Feeling some nervous anticipation of sights that might be seen. Maybe there would even be a séance!How to present these images for the Exercise? I experimented with layering, both colour and in b+w which meant that I removed their backgrounds. 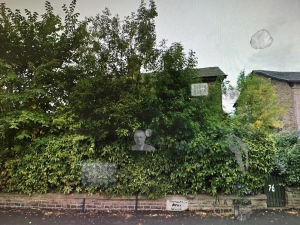 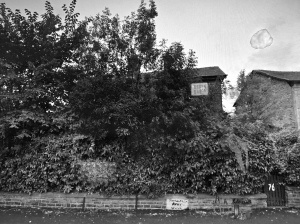 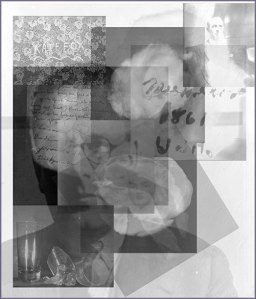 Black and white is probably more fitting but I’m not particularly satisfied with my results. There isn’t enough sense of drama and discovery here for me.

I have recently bought the new edition of Visual Methodologies: An Introduction to Researching Visual Materials  (G. Rose, 2016). Rose refers to Rogers (2013)  who recommends that, when using Google as a research tool, one needs to start with a ‘clean’ version of Google – all caches and cookies cleared – to make sure that previous searches won’t influence new ones (2016: 300).  That hadn’t occurred to me before and I have to admit that I now rarely clear cookies and caches because then I have to re-input various passwords on (non- finance) sites that I use regularly. I need to re-think this – maybe do searches on my laptop as this would create less of a problem.

Gillian Rose is a Professor of Cultural Geograpy at the Open University and very interested in how people make sense of their environments and how these understandings can then become encoded in aspects of culture.  I follow her blog  and have written about her previously, including work research she carried out on family snapshots.  I’m sure I’ll be making sue of the latest book and will probably write more about it in subsequent posts.

Returning to the slides – I am really curious as to how the Tyne & Wear Museum came into possession of these slides, given that they apparently originated in Sheffield. What on earth was their purpose, given that we know at least one of the slides was a copy of an early photograph from W. Fox Talbot. Was this Mr MacCarthy actually questioning the veracity of photographs and pondering upon how they could be used to fool /mislead the viewer. I put one of the other images into a Google image search but this is all I found and exploring a couple of the links brought up sites that were nothing to do with the photograph or or the link title. 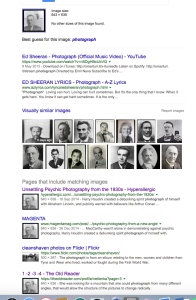 One of the other reasons why I am interested is because I have had experience of a ‘psychic’ camera – one that is said to photograph people’s auras.  This was about 13 years ago when I went to a Body, Mind & Spirit Fair. I think it might have been this camera created by Aura Imaging. I found an article about Carlo Van d Roer, a New Zealand photographer who has used it here  Again, this modern photographer seems ambivalent regarding the claims of this camera whilst stating his interest in the kind of technology that might reveal something “otherwise unseen, something that we can only see through a photographic process”. His website about the project is here . My own photograph created in the UK has faded slightly, being polaroid, but, apparently, it’s good to be violet. 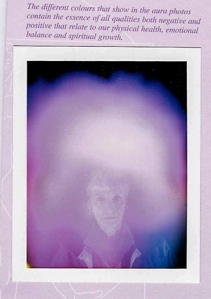 I don’t have the required technological knowledge but it all reminded me of some kind of infra-red camera that maybe filters different kinds of heat.

In conclusion, I can certainly identify with Joachim Schmid.  Maybe his obsessive interest in found images whether analogue or digital influenced and enlarged my similar interest whilst I was researching about him for my earlier post. Am I more or less inclined to create a project around found/appropriated online images? Well, I’m not sure at the moment, all I do know is that I will need to be very focussed and disciplined should I do so.